with Celestion™ G12-65 Speakers, this cab has extremly focused mids and will “bite” through the mix in every situation.

Rock/Hard Rock/80’s/90’s Metal pure! But it also can be very funky and represents the british JCM800 domination like no

other cab in its era.

The original cab is owned by Naca7-singer/guitarist Simon Jahn and has seen countless stages in several countries. http://www.naca7.com 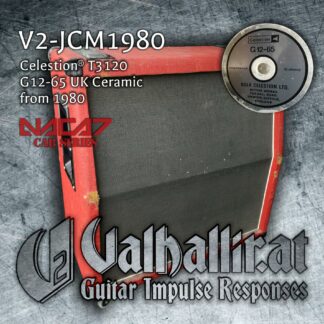